On the domestic front, Democrat Senate minority leader Chuck Shumer announces the creation of a federal hemp seed bank at Cornell University’s AgriTech facility in New York. With half a million dollars in federal funding, approved through an omnibus spending bill, the facility will be used to develop new cultivars and identify pest and disease resistant genes, and the research conducted there is expected to boost upstate New York’s industrial hemp industry.

In New Mexico, a district court judge ruled that the state must issue medical marijuana cards to qualifying patients regardless of where they live, after a challenge to the Department of Health’s policy by nonresidents. A recent change in wording in New Mexico’s medical cannabis law led to the decision, which is expected to boost sales in the state’s MMJ market.

In Iowa, chronic pain is added to the list of qualifying conditions for the state’s MMJ program, while anxiety disorder and opioid dependence are rejected, and PTSD is still under consideration. Current qualifying conditions include seizures, Crohn’s and Parkinson’s, among others, with the addition of chronic pain expected to increase sales in the state’s heavily regulated market.

In Massachusetts, marijuana grower and retailer M3 Ventures, which does business as Triple M, is fined fifty thousand dollars for providing false information about pesticide use at its cultivation facility. State regulators are allowing the company to continue operations, but it will remain on probation for the rest of the year.

In finance, vertically-integrated Canadian cannabis company TerrAscend agrees to acquire Pennsylvania-based cultivator, processor, and dispensary operator Ilera Healthcare for up to 225 million dollars. The total cost of the transaction, which is expected to close in the fourth quarter of this year, is dependant on Ilera reaching set targets for revenue and profitability.

Overseas, Tilray’s subsidiary in Portugal expands its cultivation capacity, adding 20 hectares of outdoor grow space, separate from the already-operational 5. The first harvest of medical cannabis, which is expected in fall, will be shipped to the company’s EU Campus for processing, manufacturing, and distribution throughout Europe and other international markets.
And that’s all the news we have for you this week. Continue to tune in for stories like this and more with Cannabis Newsroom, your most reliable source for anything and everything cannabis.

21:05
Meet the Member with Cynthia, Chip and EJ with The ECS Shop!
OK4U, Podcasts
0 views 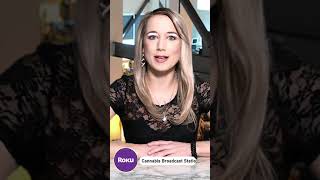